Back to Discussion Back to Blog

Prostate cancer affects the prostate gland, the gland that produces some of the fluid in semen and plays a role in urine control in men.
The prostate gland is located below the bladder and in front of the rectum.
In the India, it is the Second most common cancer in men, but it is also treatable if found in the early stages.
In 2017, the American Cancer Society predicts that there will be around 161,360 new diagnoses of prostate cancer, and that around 26,730 fatalities will occur because of it.
Regular testing is crucial as the cancer needs to be diagnosed before metastasis. 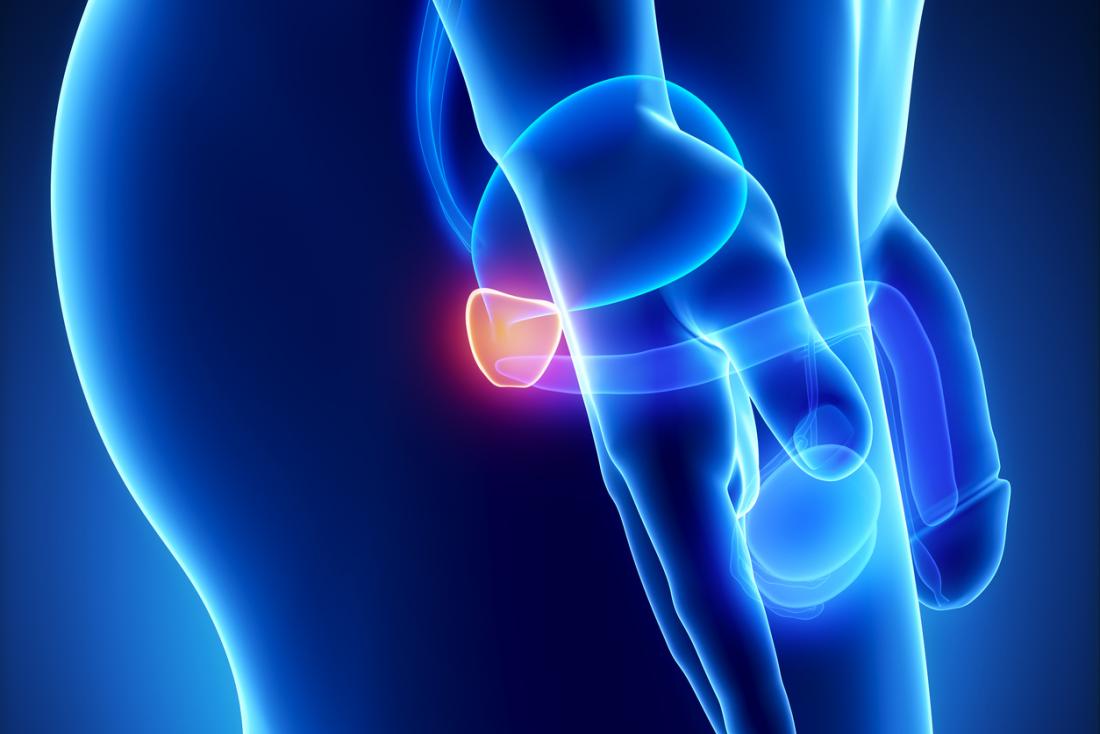 Here are some key points about the prostate cancer. More detail is in the main article.
o The prostate gland is part of the male reproductive system.
o Prostate cancer is the most common cancer in men.
o It is treatable if diagnosed early, before it spreads.
o If symptoms appear, they include problems with urination.
o Regular screening Is the best way to detect it in good time.

Prostate cancer is the most common cancer affecting men.
There are usually no symptoms during the early stages of prostate cancer. However, if symptoms do appear, they usually involve one or more of the following:
• frequent urges to urinate, including at night
• difficulty commencing and maintaining urination
• blood in the urine
• painful urination and, less commonly, ejaculation
• difficulty achieving or maintaining an erection may be difficult
Advanced prostate cancer can involve the following symptoms:
• bone pain, often in the spine, femur, pelvis, or ribs
• bone fractures
If the cancer spreads to the spine and compresses the spinal cord, there may be:
• leg weakness
• urinary incontinence
• fecal incontinence

Treatment is different for early and advanced prostate cancers.

If the cancer is small and localized, it is usually managed by one of the following treatments:

PSA blood levels are regularly checked, but there is no immediate action. The risk of side-effects sometimes outweighs the need for immediate treatment for this slow-developing cancer.

The prostate is surgically removed. Traditional surgery requires a hospital stay of up to 10 days, with a recovery time of up to 3 months. Robotic keyhole surgery involves a shorter hospitalization and recovery period, but it can be more expensive. Patients should speak to their insurer about coverage.

Advanced cancer is more aggressive and will have spread further throughout the body.
Chemotherapy may be recommended, as it can kill cancer cells around the body.
Androgen deprivation therapy (ADT), or androgen suppression therapy, is a hormone treatment that reduces the effect of androgen. Androgens are male hormones that can stimulate cancer growth. ADT can slow down and even stop cancer growth by reducing androgen levels.
The patient will likely need long-term hormone therapy.
Even if the hormone therapy stops working after a while, there may be other options. Participation in clinical trials is one option that a patient may wish to discuss with the doctor.
Radical prostatectomy is not currently an option for advanced cases, as it does not treat the cancer that has spread to other parts of the body.

As the prostate is directly involved with sexual reproduction, removing it affects semen production and fertility.
Radiation therapy affects the prostate tissue and often reduces the ability to father children. The sperm can be damaged and the semen insufficient for transporting sperm.
Non-surgical options, too, can severely inhibit a man’s reproductive capacity.
Options for preserving these functions can include donating to a sperm bank before surgery, or having sperm extracted directly from the testicles for artificial insemination into an egg. However, the success of these options is never guaranteed.
Patients with prostate cancer can speak to a fertility doctor if they still intend to father children.

The prostate is a walnut-sized exocrine gland. This means that its fluids and secretions are intended for use outside of the body.
The prostate produces the fluid that nourishes and transports sperm on their journey to fuse with a female ovum, or egg, and produce human life. The prostate contracts and forces these fluids out during orgasm.
The protein excreted by the prostate, prostate-specific antigen (PSA), helps semen retain its liquid state. An excess of this protein in the blood is one of the first signs of prostate cancer.
The urethra is tube through which sperm and urine exit the body. It also passes through the prostate.
As such, the prostate is also responsible for urine control. It can tighten and restrict the flow of urine through the urethra using thousands of tiny muscle fibers.


How does it start?

It usually starts in the glandular cells. This is known as adenocarcinoma. Tiny changes occur in the shape and size of the prostate gland cells, known as prostatic intraepithelial neoplasia (PIN). This tends to happen slowly and does not show symptoms until further into the progression.
Nearly 50 percent of all men over the age of 50 years have PIN. High-grade PIN is considered pre-cancerous, and it requires further investigation. Low-grade PIN is not a cause for concern.
Prostate cancer can be successfully treated if it is diagnosed before metastasis, but if it spreads, it is more dangerous. It most commonly spreads to the bones.

Staging takes into account the size and extent of the tumor and the scale of the metastasis (whether it has traveled to other organs and tissues).
At Stage 0, the tumor has neither spread from the prostate gland nor invaded deeply into it. At Stage 4, the cancer has spread to distant sites and organs.

A doctor will carry out a physical examination and enquire about any ongoing medical history. If the patient has symptoms, or if a routine blood test shows abnormally high PSA levels, further examinations may be requested.

Tests may include:
• a digital rectal examination (DRE), in which a doctor will manually check for any abnormalities of the prostate with their finger
• a biomarker test checking the blood, urine, or body tissues of a person with cancer for chemicals unique to individuals with cancer
If these tests show abnormal results, further tests will include:
• a PCA3 test examining the urine for the PCA3 gene only found in prostate cancer cells
• a transrectal ultrasound scan providing imaging of the affected region using a probe that emits sounds
• a biopsy, or the removal of 12 to 14 small pieces of tissue from several areas of the prostate for examination under a microscope
These will help confirm the stage of the cancer, whether it has spread, and what treatment is appropriate.
To track any spread, or metastasis, doctors may use a bone, CT scan, or MRI scan.